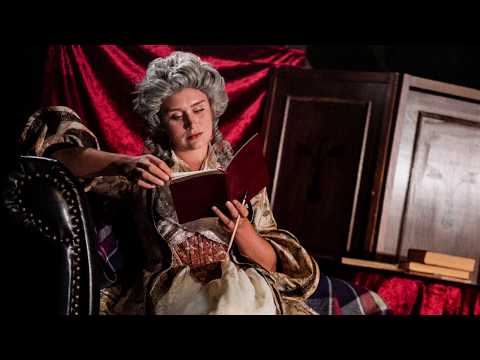 Albion in Flames is a specially commissioned play from Curious Curators, supported by Southwark Council’s Blackfriars Stories initiative. Written by Linda Wilkinson and based on a true story set in London’s Bankside, it was performed at the Union Theatre in September 2019 as part of the Totally Thames Festival.

The Albion Mill opened in 1785 to great acclaim and quickly became the talk of London and beyond. However, many traditional millers were soon forced out of business by this leviathan symbol of the industrial revolution in London. But just five years later the mill caught fire and burnt down in mysterious circumstances, prompting critic William Blake to opine ‘that dark satanic mill’.

The play’s central character is Mrs Hester Thrale, one of London’s leading socialites in the late 18th century. She bore first-hand witness to this turmoil. Seen through her eyes, the play explores the tensions between technological progress epitomised by the rise and demise of the Albion Mill and the challenges imposed on the independently-minded Mrs Thrale by London society.

This website uses cookies to improve your experience. By continuing to use this site, we'll assume you're ok with this.OK, GOT IT

This website uses cookies to improve your experience while you navigate through the website. Out of these, the cookies that are categorized as necessary are stored on your browser as they are essential for the working of basic functionalities of the website. We also use third-party cookies that help us analyze and understand how you use this website. These cookies will be stored in your browser only with your consent. You also have the option to opt-out of these cookies. But opting out of some of these cookies may affect your browsing experience.
Necessary Always Enabled
Necessary cookies are absolutely essential for the website to function properly. This category only includes cookies that ensures basic functionalities and security features of the website. These cookies do not store any personal information.
Non-necessary
Any cookies that may not be particularly necessary for the website to function and is used specifically to collect user personal data via analytics, ads, other embedded contents are termed as non-necessary cookies. It is mandatory to procure user consent prior to running these cookies on your website.
SAVE & ACCEPT